The store will not work correctly in the case when cookies are disabled.

Volkswagen has far-reaching influence and has a group of loyal car owners and fans. As a representative of Volkswagen's performance, the models produced by the R sports department are the performance machines that Volkswagen fans are looking forward to. Let us take a look at the history of R power performance development. 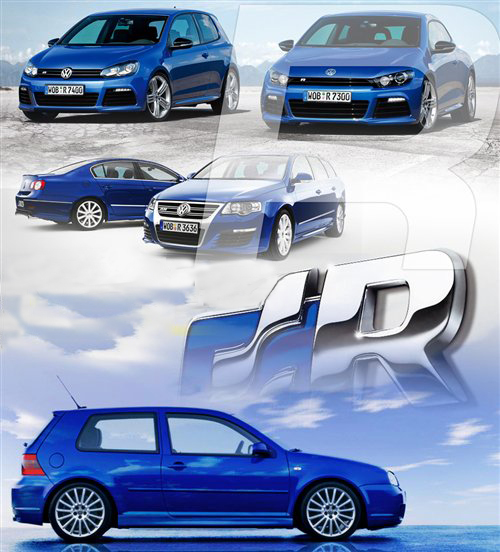 In fact, as early as 2002, Volkswagen had launched a model with an R tail, yes, it was the most famous Volkswagen R32 so far. However, R was not a high-performance department of Volkswagen at that time, but a branch of Volkswagen's personalized customization department. 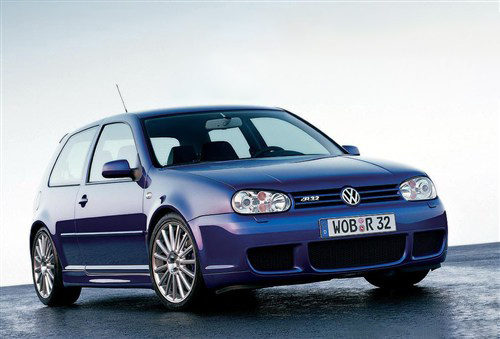 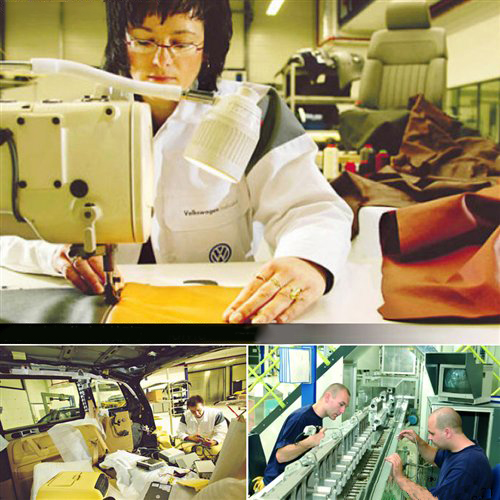 Until 2003, due to the success of the Golf R32 launched in 2002, Volkswagen decided to establish a division responsible for the production of sports and personalized models, but it was still under Volkswagen's sports department. This division is now the predecessor of Volkswagen R.

At present, R company has four businesses, namely R-Models, R-line, Volkswagen Exclusive and R-Engineering. Among them, R-Models is the most core high-performance car series of R company, mainly to improve and strengthen the power. The business model has also begun to move closer to BMW M and Mercedes-Benz AMG. 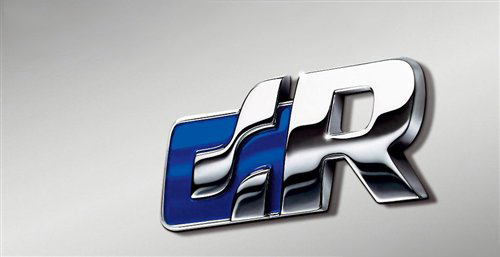 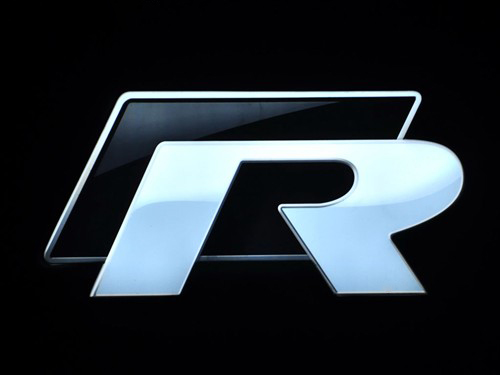 Because R was separated from the mass sports department, Volkswagen replaced it with a brand new LOGO. R new LOGO is the first letter of RACING, which means competition and speed. Following this, the naming of R models has also changed. In the past, R32, Passat R36, Touareg R50 and other models were all R LOGO plus engine displacement. If they continue to be used, they will definitely have the same name. Therefore, the current R models only have the R letter and no number suffix. For example, the sixth-generation Golf R uses a 2.0T engine, but it only has an R tail, although many friends are willing to call it R20 in their hearts. 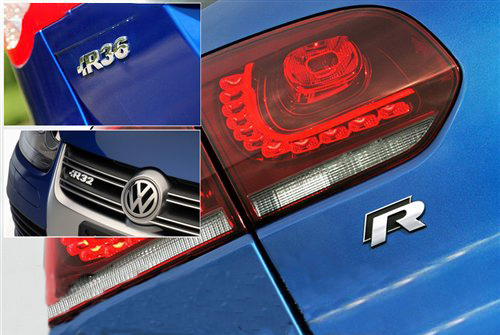 Although R company is less than 10 years old and very young, its prospects and achievements have to be admired. Now, let us return to the beginning of R and review the history of R series models. 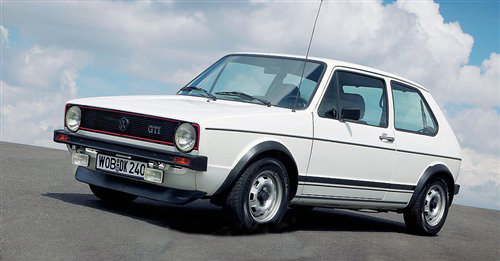 In 1974, when Volkswagen launched the first-generation Golf, it had already considered its high performance version. At the time, Alfons Lowenberg, a Volkswagen R&D engineer, wanted to develop a real high-performance car, so he worked with chassis engineer Herbert Hornrich, R&D director Hermann Hablitzel and Anton Konrad, head of public relations and amateur racer, privately produced the first generation golf GTI. 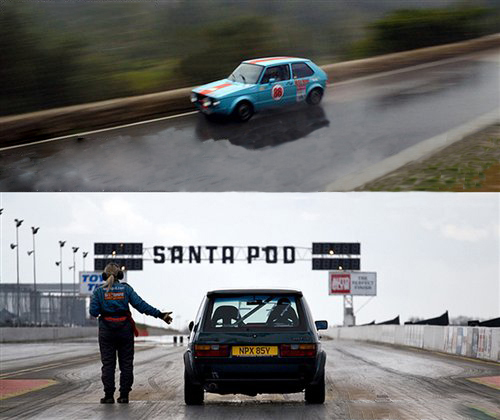 In 1975, at the Frankfurt Motor Show, Volkswagen’s personalized customization department officially launched the Golf GTI model. In order to meet the criteria for participating in the competition, Volkswagen only plans to produce 5,000 GTIs. However, within 8 years after the official production in 1976, a total of 530,000 GTIs rolled off the assembly line, which has since established GTI's unshakable status. 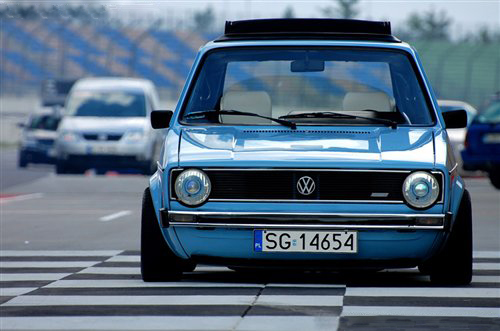 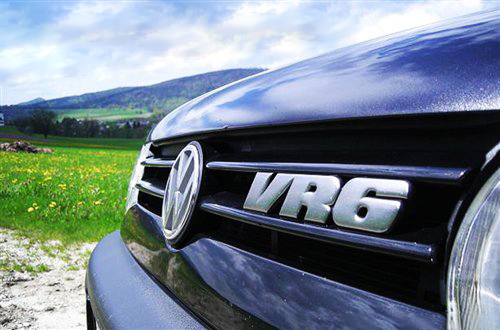 In the late 1980s, Volkswagen began to develop VR6 engines. The mechanical characteristics of the VR6 engine are biased towards the in-line six-cylinder engine in our traditional knowledge. The biggest advantage is its compact structure and light weight. As for why Volkswagen developed this VR6 engine, I think it should be for the W12 engine. Because, to some extent, W12 is to put two VR6 together. In 1991, Golf VR6 was officially launched. 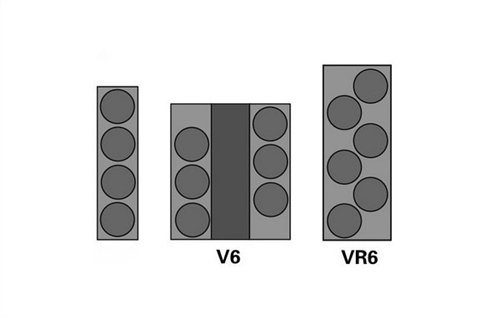 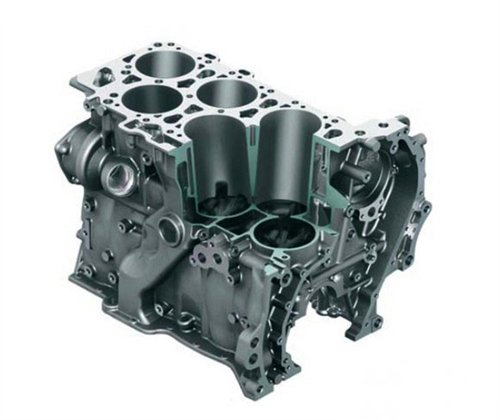 In 1997, Volkswagen improved the VR6 engine. Volkswagen engineers removed a cylinder on the basis of it, thus deriving the VR5 engine with a displacement of 2.3L. The V-shaped arrangement of odd-numbered cylinders is indeed incredible, but in terms of structure, VR5 is simpler than VR6. This engine was later applied to the Bora, Beetle and other models at the time. 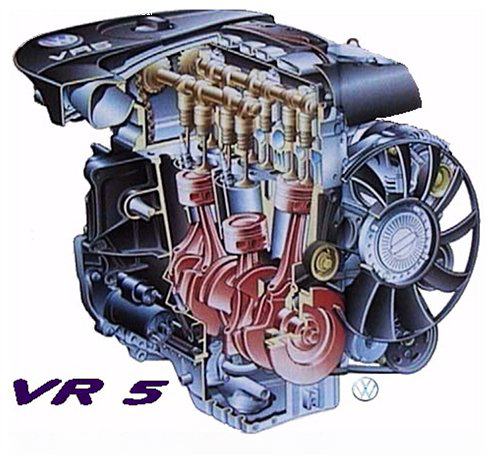 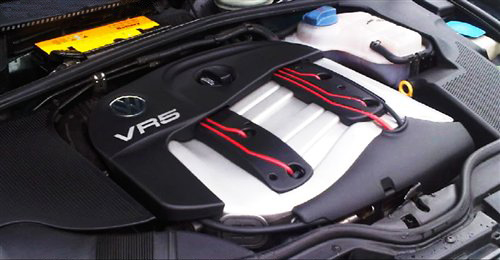 In 1999, the VR5 engine was applied to golf models. At the same time, Volkswagen has upgraded the existing 2.8L VR6 engine. The 24-valve version of VR6 replaces the original 12-valve version. This move gives it a maximum power of 204 horsepower and a maximum torque of 265 Nm. This power system was eventually used as the top power on the Golf and Bora models sold in the European market.

Over time, Volkswagen hopes to use a larger displacement engine for the new generation of Golf (MK4). At this time, the 3.2L VR6 engine appeared, which is an improved version of the previous generation of VR 6 engine. The engineer used a brand new 24 valve for it. Because its arrangement tends to be in-line, Volkswagen chose the homophonic WE ARE 6 for it. This engine can be regarded as the second generation VR6 product. 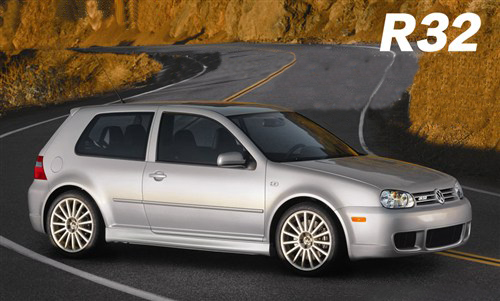 It has a displacement of 3189cc, a maximum power of 250 horsepower, and a maximum torque of 320 Nm. With the blessing of the second-generation VR6 engine, the MK4 R32 was the fastest car among Volkswagens at the time. It only took 6.6 seconds for 0-100km/h, which was nearly 1 second faster than the first-generation VR6. However, the first to use this engine was not the R32, but the limited 250 performance version of the Beetle RSi launched in 2001. 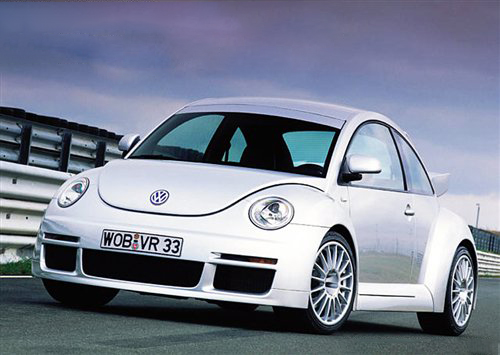 The MK4 R32 is a model of the R series that is truly recognized by the world. Volkswagen fans exclaimed that the appearance of the 3.2L VR6 prompted the birth of the most powerful R32 ever! Therefore, the Golf R32 equipped with the second-generation VR6 engine represents the top manufacturing level of Volkswagen in terms of power and safety. 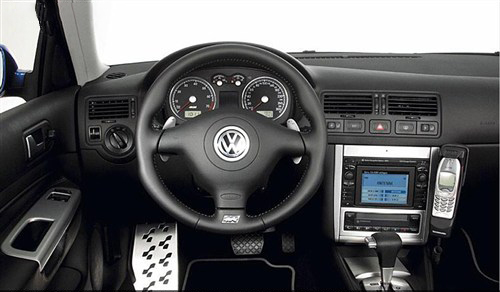 So far, in the hearts of Volkswagen fans, the Golf R32 still occupies a pivotal position. In addition to having a 3.2-liter VR6 engine, it also has a 4Motion four-wheel drive system using Haldex's first-generation electronically controlled hydraulics, which is also the first-generation four-wheel-drive golf. At the same time, independent rear suspension, OZ 18-inch aluminum alloy wheels and KING racing seats with R32 logo are all standard features of R32. It has many components shared with Audi TT 3.2, including the engine, four-wheel drive system and rear suspension structure.

In 2002, Volkswagen officially launched the R32 model, which was widely acclaimed once it was launched. The sales of 14,000 vehicles exceeded Volkswagen’s early expectations. At the same time, in addition to the 6-speed manual transmission, the R32 model launched in Germany is also equipped with Volkswagen's DSG dual-clutch transmission for the first time since then. The R32 equipped with the DSG dual-clutch transmission has a top speed of 247 km/h. Such a successful R32 prompted Volkswagen to put forward a charter on the development of R series models.

Over time, Volkswagen introduced the Golf 5 (MK5), which has the same engine as the previous generation R32. However, Volkswagen added FSI direct fuel injection technology to the 3.2-liter FSI engine. The second-generation R32 model has a maximum horsepower of 250 horsepower and a maximum torque of 320 Nm. At the same time, in order to strengthen its extreme handling performance, the second-generation R32 uses the shock absorbers manufactured by the famous manufacturer of suspension systems, BILSTEIN, and the road feedback is more obvious when driving. 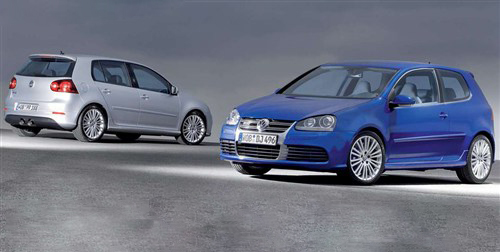 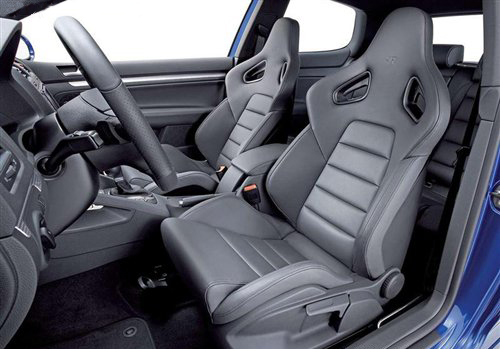 Since then, the VR6 engine has made new improvements and breakthroughs. Volkswagen changed its cylinder angle to 10.6 degrees and expanded the displacement, introducing a 3.6L displacement engine to further enhance the power of VR6. Although the power is only increased by 10 horsepower, the application of the new wet dual-clutch gearbox allows the R32 to accelerate to 100 kilometers in only 6.2 seconds.

From the GTI in the 70s to the VR6 to the R32, the golf model has always been a masterpiece of the R sports department. The sixth-generation Golf also has a high-performance model named R, but it cancels the old tradition of naming displacement that has been formed since the fourth-generation model, and at the same time ends the life cycle of the VR6 engine in the Golf. 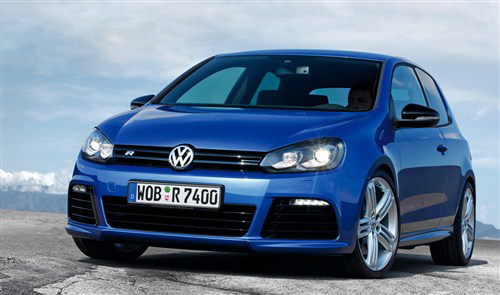 As the successor to the VR6 engine, the new Golf R is in step with the Volkswagen Group and has fully entered the era of turbocharged engines. Although there are only four cylinders and a 2.0-liter displacement, its maximum power of 270 horsepower is 20 horsepower higher than VR6. In terms of torque, the 350 Nm maximum torque of the Golf R is much stronger than the 320 Nm maximum torque of the R32 model. The technical parameters of this 2.0T four-cylinder engine fully surpass its predecessors.

In addition to the engine upgrade, the curb weight of the Golf R has dropped to 1541 kg, so the Golf R's 0-100km/h acceleration time is 5.5 seconds, and the six-speed manual version also reached 5.7 seconds, which is enough to compete with those million class sports cars.

Summary:
Turning to the history of Volkswagen R, this company has only been 10 years since its establishment. However, Volkswagen R has left an indelible image in the hearts of fans in just 10 years. It is not an exaggeration to say that as the most legendary and unique group of Volkswagen, Volkswagen R models have always undertaken Volkswagen's mission of "exploring the ultimate in car performance". Although the appearance is ordinary, but because of the constant research and innovation in motivation, a large number of persistent fans go crazy for it. As long as the Volkswagen models produced by R, whether in terms of power, control, etc., all represent the highest car-making technology of Volkswagen, so as long as the history of R is opened, it is always unavoidable to explore the history of its power performance.

How to Install LED Door Sill Lights in a Car?

HO-HO-HO! Christmas Mega Sale is on and Save up to 30% On Car Accessories 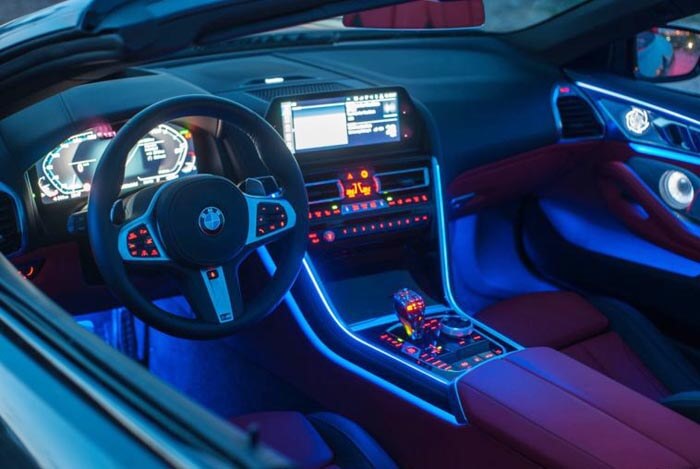 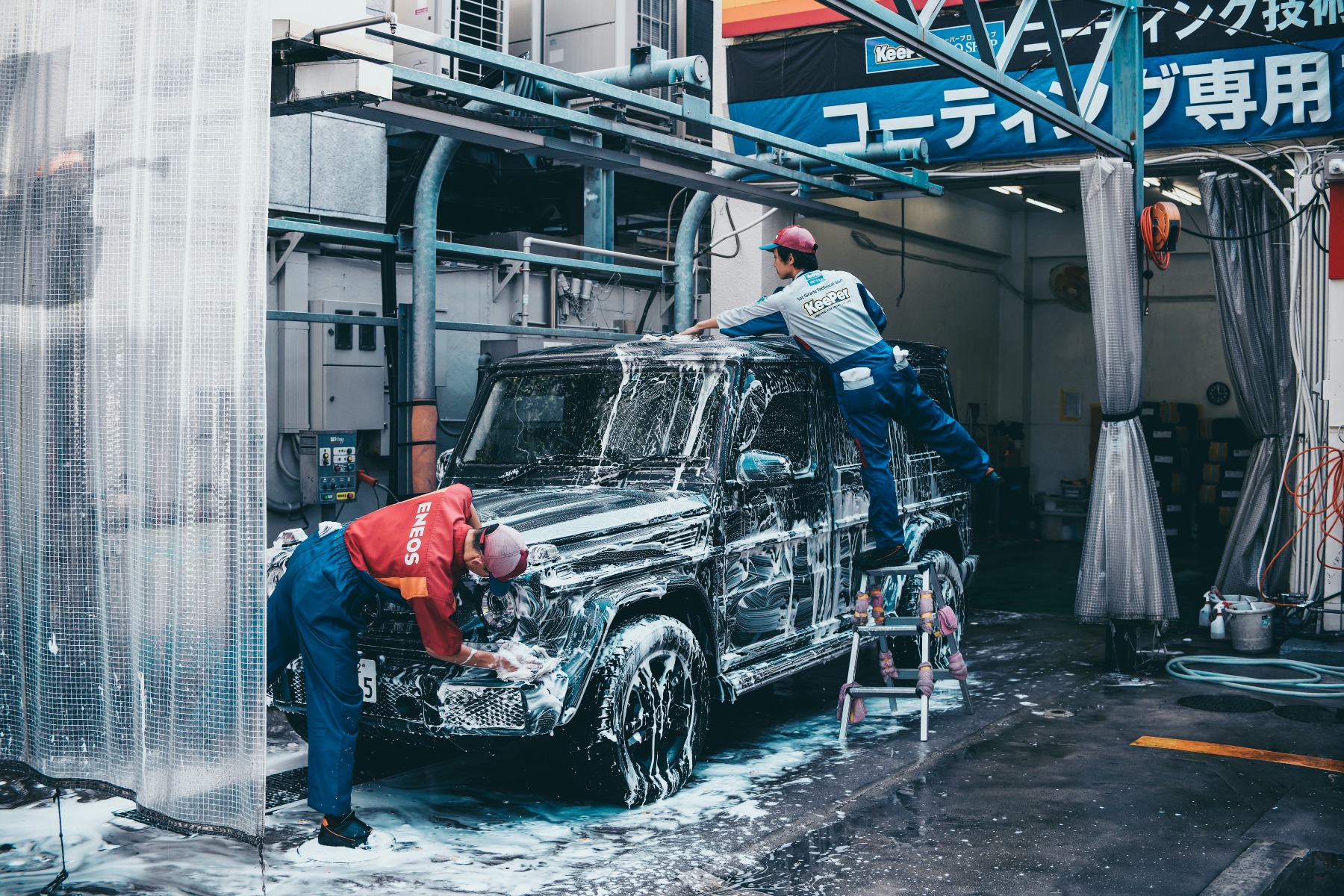 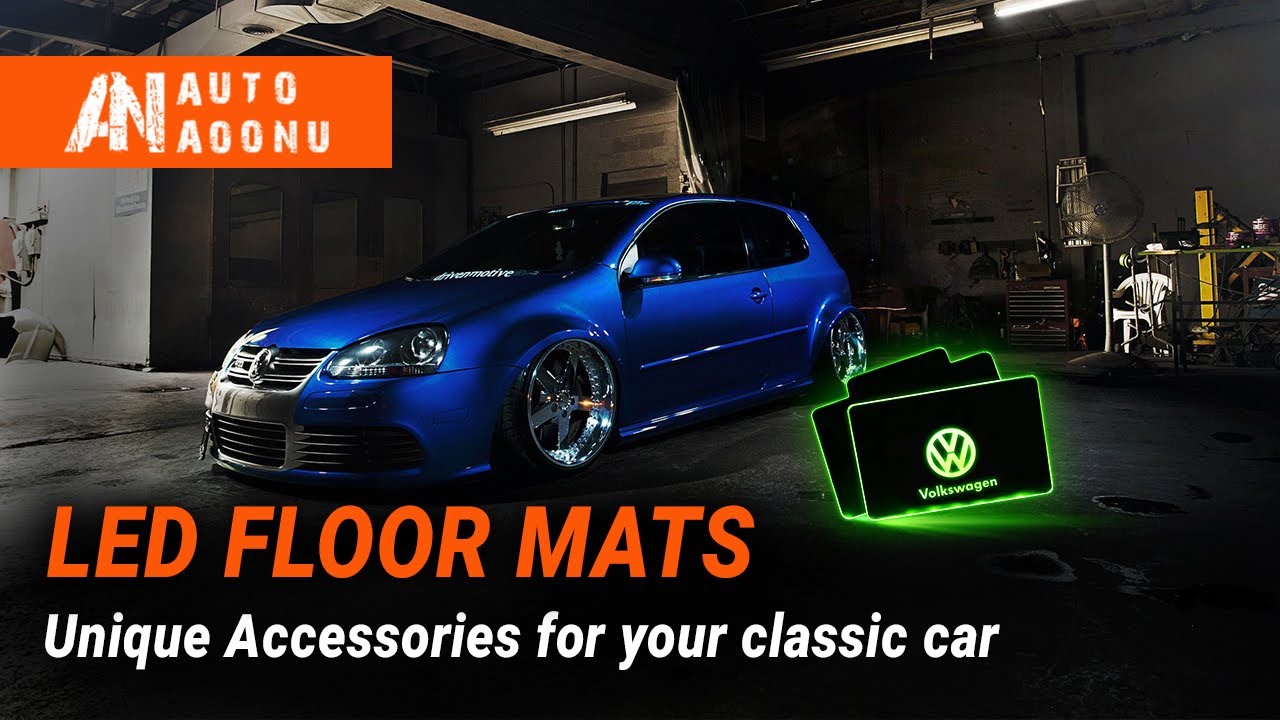 LED Car Floor Mats: Get Them In Your Automobile 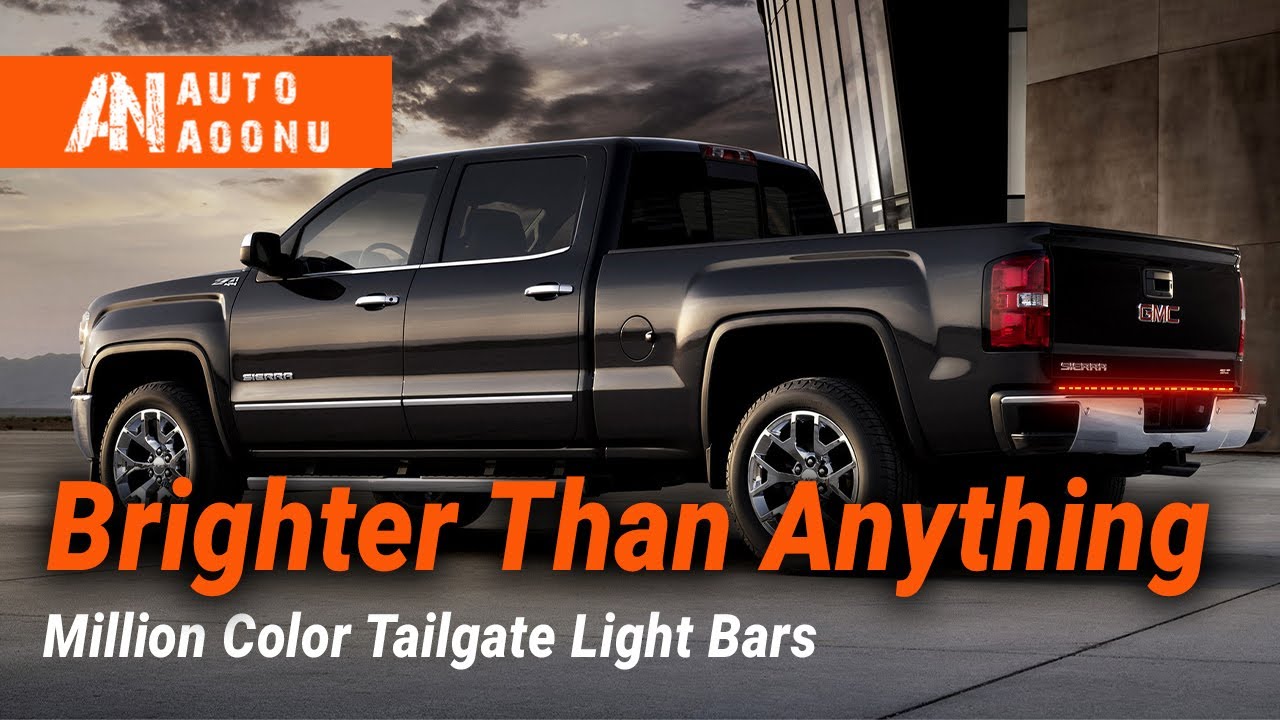 Nov 21, 2020
Comments
Brendan Shelton: It's great to hear that this project doesn't really require any rewiring or drilling so you don't ha
Bryson Owens: I like your point that getting the LED floormats will really help your car appear more sporty. My br
John M Mafeen : Thanks for sharing this great article. Keep sharing. https://www.floormatreviews.com/best-carpet-fl
shohan: Hi To be honest your article is informative and very helpful. After i saw your site and i read it a
Ismar Justiniano: I have a question for the battery powered sills do they auto turn off or they have to be turned off 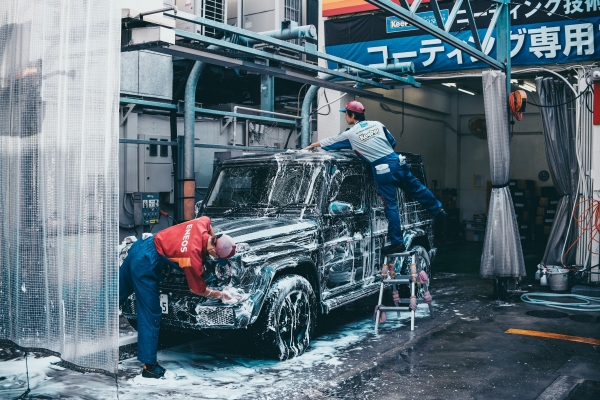 item(s) in your cart